“Fifth! Fifth!” Daniel Catanach shouts during a brisk tendu exercise in his advanced-intermediate ballet class at Steps on Broadway. “That’s ‘fifth’ with a ‘th’!” he adds, making several students’ tense faces relax into smiles. Watching Catanach in action, two things are clear: He’s all about precision, and he wants dancers to enjoy his class. He’s a stickler and a jokester, infusing discipline with humor. “What’s the worst that can happen?” he asks during a pirouette combination. “You fall?” one student murmurs. “No!” Catanach laughs. “The worst that can happen is that you do it perfectly! Then you always have to do it like that, because you know you can.”

Catanach came to dance late, after an audition for a college production of Sweet Charity garnered him an invite to a ballet class. A New Mexico native, he soon found his way to L.A., where he studied ballet and jazz before landing a contract with Kansas City Ballet. While his early ballet training was Russian, at KCB he was immersed in Balanchine technique. He was also exposed to Lester Horton technique when Alvin Ailey came to KCB to set The River. The Ailey connection prompted Catanach’s eventual move to NYC, where he studied at The Ailey School and School of American Ballet and went on to build a diverse performing, choreographing and teaching resumé.

Catanach’s earliest teaching gigs were for jazz, but he has since found a home in the ballet classroom. While his choreography reflects varied influences—jazz, postmodern dance, his Southwestern heritage—as a ballet teacher, he demands clean, classical technique. “I believe you have to know the rules to break them,” he says. At the same time, he stresses, “we’re storytellers. This is not aerobics.”

He takes pride in being an instructor who reads the room. “At a place like Steps, you never know who’s going to show up,” he says. “I have to assess who’s there and plan my class in the moment.” He has regulars, including some professionals, but is also comfortable working with newcomers and beginners. His open men’s class is popular with dancers who trained in environments that didn’t dedicate enough time to what Catanach calls “male vocabulary.” “I’ve created a barre that builds toward the big steps we do as male dancers: the tours, the coupés jetés, the à la seconde turns,” he says. He also breaks down male variations across three class sessions and has students perform the piece by themselves at the end. “They may start off scared,” he says, “but when they just go for it, it’s so exciting.”

Catanach is inspired by dancers who push themselves to improve, whether they’re aspiring pros or adults older than his own 61 years who are there for the love of the art. “After teaching, I want to feel like I’ve helped someone in some way,” he says. “There needs to be an energy in class that sustains the students, and I feel good when I’m that energy.”

Daniel Catanach was born into a large Hispanic family and raised in Santa Fe, New Mexico. He was a principal dancer with Kansas City Ballet, Armitage Ballet, Garden State Ballet, Connecticut Ballet Theatre, Santa Fe Dance Ensemble and the Lyric Opera of Kansas City, among others. He also appeared in music videos, working with Madonna, the Carpenters, the Divinyls and Sheila E., and has done projects with Annie Liebovitz for Vogue and Vanity Fair. He served as rehearsal director for Kansas City Ballet and was ballet master for Armitage Gone! Dance for three years. He directed Urban Ballet Theater for 10 years, has been a guest choreographer and master teacher at The Ailey School, Dance Theatre of Harlem, Steps on Broadway, Broadway Dance Center, the Dance Teacher Summit, New York City Dance Alliance, Male Dancer Conference and Manhattan Youth Ballet. Catanach is currently on faculty at Steps on Broadway and continues to create work and teach for dance organizations nationally and internationally.

Jeffrey Salce began his dance training with Catanach at the Abrons Arts Center and has studied on full scholarships at the School at Steps, Dance Theatre of Harlem Summer Dance Program and Sheer Elite ballet intensive. He has appeared as a principal guest artist with a number of professional companies, and in the dance film Valentino and many national television series and commercials. 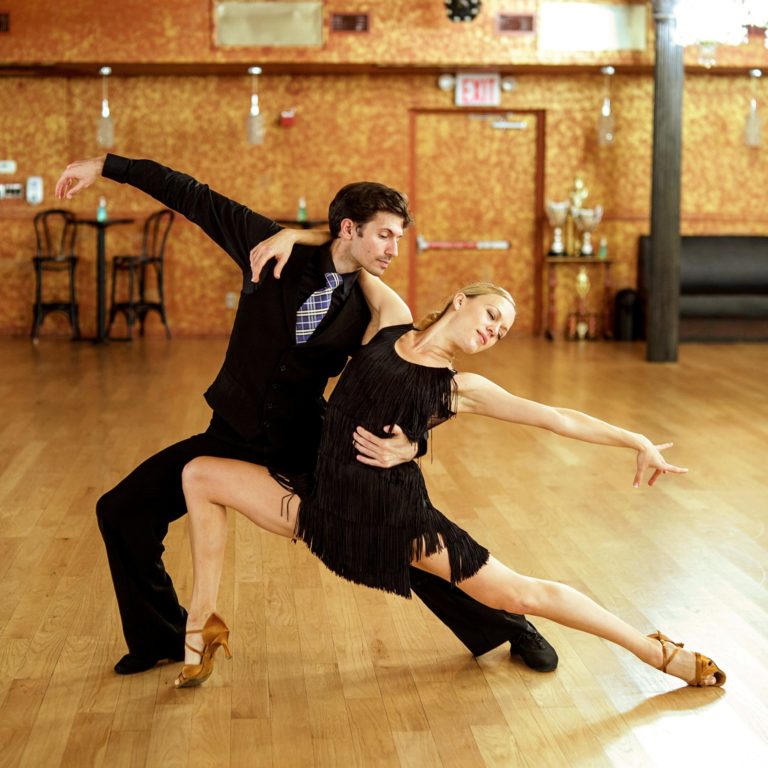