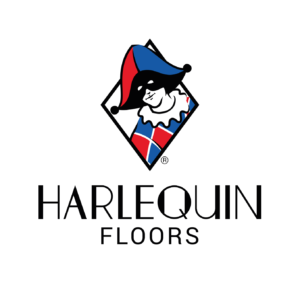 Harlequin Floors is the global leader in advanced technology flooring for dance and performing arts. Established over 40 years ago, Harlequin Floors’ experience and reputation are founded on the design, manufacture, and supply of a range of high quality portable and permanent sprung and vinyl/marley floors, as well as ballet barres, glassless mirrors, and more. The company’s floors are the choice for the country’s top dance and performing arts companies and schools. The Harlequin Group operates worldwide with offices in the Americas, Europe, and Asia Pacific. Disclaimer: Offer valid through December 31, 2022. Offer not available online; please call to order. Discount on new orders only. Shipping, delivery, and installation services are excluded. up to a 25% discount on IADMS Regional Meeting registration

IADMS is a global network of medical professionals, educators, dancers, and researchers. They are committed to dancers’ health and improving health through dance. To redeem your discount, email [email protected] for the discount code to apply at checkout. Final Bow for Yellowface (www.yellowface.org) was founded by Georgina Pazcoguin, New York City Ballet soloist, and Phil Chan, arts administrator and educator, with a simple pledge, “I love ballet as an art form, and acknowledge that to achieve a diversity amongst our artists, audiences, donors, students, volunteers, and staff, I am committed to eliminating outdated and offensive stereotypes of Asians (Yellowface) on our stages.” Since 2017, almost every major American ballet company has signed the pledge, and Gina and Phil have advised performing arts groups on how to maintain the integrity of works from the classical Western canon while updating outdated representations of Asians. Final Bow for Yellowface was cited in the Paris Opera’s diversity report as a contributing factor in their decision to climate blackface and yellowface from their stages. Gina and Phil have presented talks on yellowface and orientalism in dance at 92Y, the Guggenheim’s Works & Process, the New York Public Library for the Performing Arts at Lincoln Center, the Museum at FIT, and the Pennsylvania Academy of Fine Arts (PAFA), The Washington Ballet, the Joffrey Ballet School, as well as at higher educational institutions such as Berklee College, Columbia University, Drexel University, Goucher College, Harvard, NYU, Princeton, Purchase College, Stanford, UPenn, and Yale among others. Final Bow for Yellowface was named a Next 50 Arts Leader by the Kennedy Center.

Want to keep reading? Only DanceTeacher+ members can view this page.