Photo by Morah Geist, courtesy of Complexions<span></span>
Trending
What My Teacher Taught Me: Andrew Brader 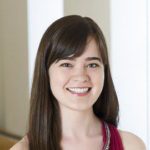 “It was the 10th-anniversary performance of the ABT Studio Company. Susan was coming out of retirement to do Le Spectre de la Rose, and I remember Kevin McKenzie and a bunch of people from the company were onstage. Susan came up to me before the show and said, ‘Do these finger turns with me,’ to get her on her leg. That she would come up to me onstage in front of all those people…It was amazing. After that moment, I was just filled with emotion.”

Susan Jaffe was a principal dancer with American Ballet Theatre for more than 20 years. She is currently the dean of dance at University of North Carolina School of the Arts.