After 39 years with the Baltimore School for the Arts, Norma Pera announced her retirement this year. On Saturday, her colleagues and students gathered to honor her with a night of gratitude and dance.

The concert was packed with touching tributes, a video of her memorable quirks (aka “Norma-isms”), and an impressive lineup of surprise performances. Jacqueline Green (class of ’07) and Courtney Celeste Spears (class of ’12), both currently members of the Alvin Ailey American Dance Theater, performed a duet. Complexions Contemporary Ballet company member Doug Baum, who graduated from BSA in ’06, choreographed a piece that was performed by current 11th-graders. Roger Cunningham (class of ’90) flew in from Switzerland, where he is the director of Cunningham International Dance Center, to set a piece for the performance. Pera has taught dance at the school since it opened in 1979. When Sylvester Campbell retired in 1992, she became the head of the department. Teaching upwards of 2,000 dancers, BSA notes that she’s been mentoring young black ballerinas and dancers long before there was a movement to do so.

“Norma’s expertise in the field has been shaped by the unique and diverse student population that sets our institution apart from other conservatory-style schools,” says Iris Andersen Grizzell, class of ’96 and a current BSA dance teacher. “She has gone to bat for students who have had no other support system in their lives and guided them to graduation and success,” she adds. Pera, who danced with the Radio City Music Hall’s ballet company, Rudolf Nureyev and Friends, and the Maryland Ballet, had a “no-nonsense approach,” says Andersen Grizzell. Pera had a way of simplifying the ballet vocabulary so that it could be better understood, says former student Courtney Spears, who remembers Pera saying, “If you close your fifth position and actually use your arms, you’ll get around in a pirouette twice…what a concept!” Her teaching style had a profound effect on so many of her students outside of their dance training.

“With the pressures that come with the academic and artistic demands of a top-notch performing arts high school like Baltimore School for the Arts, I always felt a balance with Norma between her insistence on excellence and her supportive and fun nature. Norma laughed bigger than anyone…and yelled louder, too!” —Nicole Cornell, class of ’95 Cornell (left) with Pera. Cornell is currently a manager with the George Balanchine Trust. Photo courtesy of BSA

“Norma Pera took a chance on me. I entered BSA with no training and no idea what I was getting myself into. She was patient with me, encouraging me every step of the way. I have learned so much from her, artistically and professionally. I don’t think there will ever be a teacher with such an epic rond de jambe combo.” —Jacqueline Green, class of 2007, Alvin Ailey American Dance Theater “Mrs. Pera made the studio a safe space to ask questions and a judgment-free zone to try all things. She instilled a sense of confidence and drive in my dancing that I will forever be grateful for. She is my foundation and was more than a teacher. She was family and someone that I trust with anything.” —Courtney Celeste Spears, class of 2012, dancer with Alvin Ailey American Dance Theater

NYCB's "Sleeping Beauty" Promo Video Is Absolutely Hilarious
7 Technique Resolutions to Share With Your Dancers
What Touring the U.S. Taught These Choreographers About Stereotypes and Prejudice
Contemporary Teacher Chanel DaSilva Doesn’t Want Her Dancers to Be Perfect
From Stage to Studio: NYCB’s Kyra Nichols and Philip Neal on Transitioning to Teaching 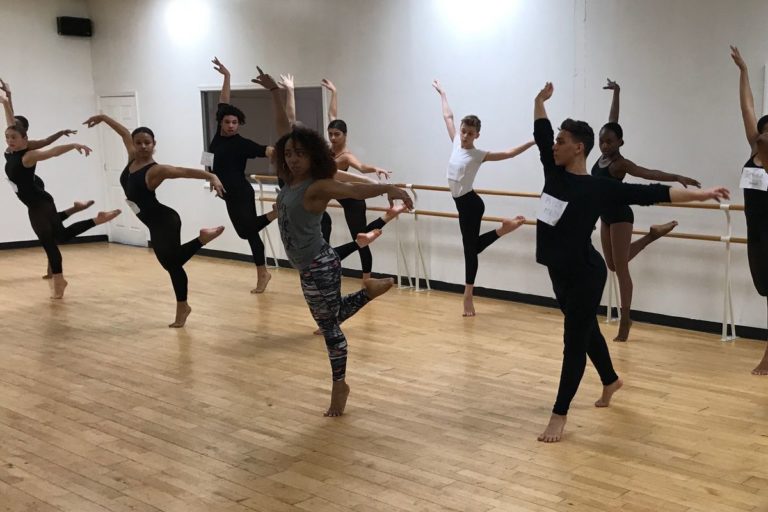