I always say that I was introduced to dance through salsa, bachata and merengue in Miami. My early formal training came in the form of after-school programs and the magnet dance program at South Miami Middle School. It wasn’t until I was in eighth grade (four years after my first dance class) that I started training in a studio setting—then called New Image Dance Company. The studio owner there, Barbara Delgado Acosta, quickly became one of the most influential teachers in my life.

I can still remember the first time I took her class. She had a long, plastic bamboo stick that she would bang on the floor while we did conditioning at the beginning of class. I had never done anything like that in a dance setting, and it excited me. I saw that Barbara incorporated a sense of athleticism into her teaching. She was so present, passionate, strong, energetic and assertive in directing the space. I could tell she would push me to make me stronger.

Barbara is Latina, which naturally connected us. I could relate to her in specific ways that I couldn’t relate to others. She looked like she could have been one of my aunts. She kept it real, and expected you to put a certain amount of effort in, but she also brought fun and freedom to the classroom.

Over time, Barbara could see that I was hungry to learn, and that I genuinely cared about getting better. That hunger propelled me forward, but it also left the door open for my insecurities to creep in. When I left Barbara and went out into the professional world, I worried about my body, the way my legs didn’t hyperextend and my feet didn’t bend like bananas, the way my shoulders were broad and athletic. I had trouble finding someone who could work with the body I was given, and often reflected on how Barbara never made me feel that way. I don’t think she made a single comment about my body over the years.

Halfway through my time at New Image Dance Company, my parents got divorced. The expenses associated with that made it difficult for my mother to keep up with studio fees. Barbara generously found a way to let me stay at the studio anyway. I remember her looking at me and telling me not to worry. We were going to work it out. I’ve never forgotten how she saw my potential and felt I was worth investing in.

Though Barbara took me to competitions, I always knew that she cared more about the artform than the trophy. During my senior year of high school, there was a group dance for 16- to 18-year-olds set to Britney Spears’ “Gimme More.” It was a little bit provocative—we wore black shorts and a red corset top. Looking back, I don’t think it was anything crazy, but the convention disagreed and took our piece out of the running for an award. They thought it was too sexy. I remember Barbara gathered all of us together in a private room. She looked each of us in the eye and said that despite the decision of the competition, she was proud of the work we put in. She told us that she believed in the performance, that she stood with us whether we won something or not. She cared about the work more than the award.

I’ve carried that lesson with me into my professional career. As a dancer with Pilobolus, I’m often performing in varying degrees of nudity, and not every audience is comfortable with that. For a myriad of reasons beyond my control, there will be times that people don’t like my work. But as long as I am giving my best effort, and I believe in what I am doing, I can walk away proud with my integrity intact.

Barbara is a powerhouse. I would not be the dancer or person I am today without her influence. I am so very grateful for her. I have not forgotten her or the lessons she taught me. She is one of a kind. 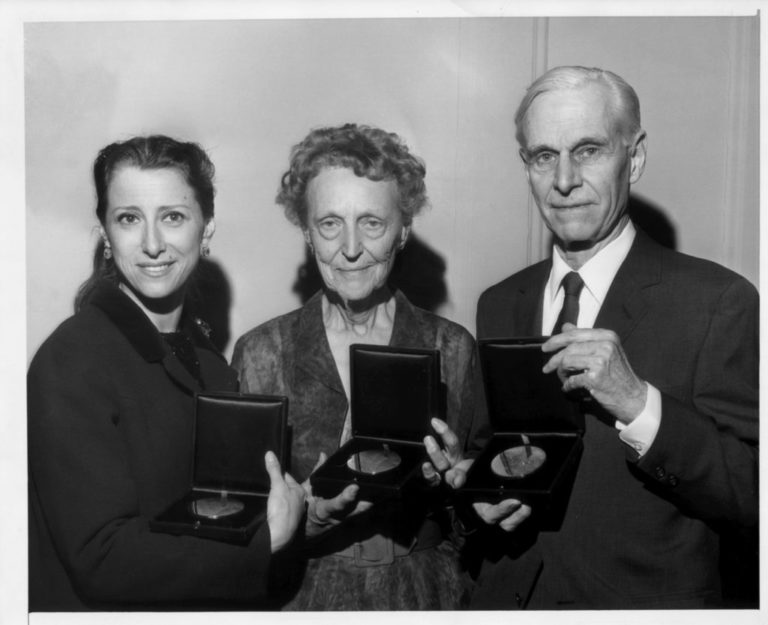