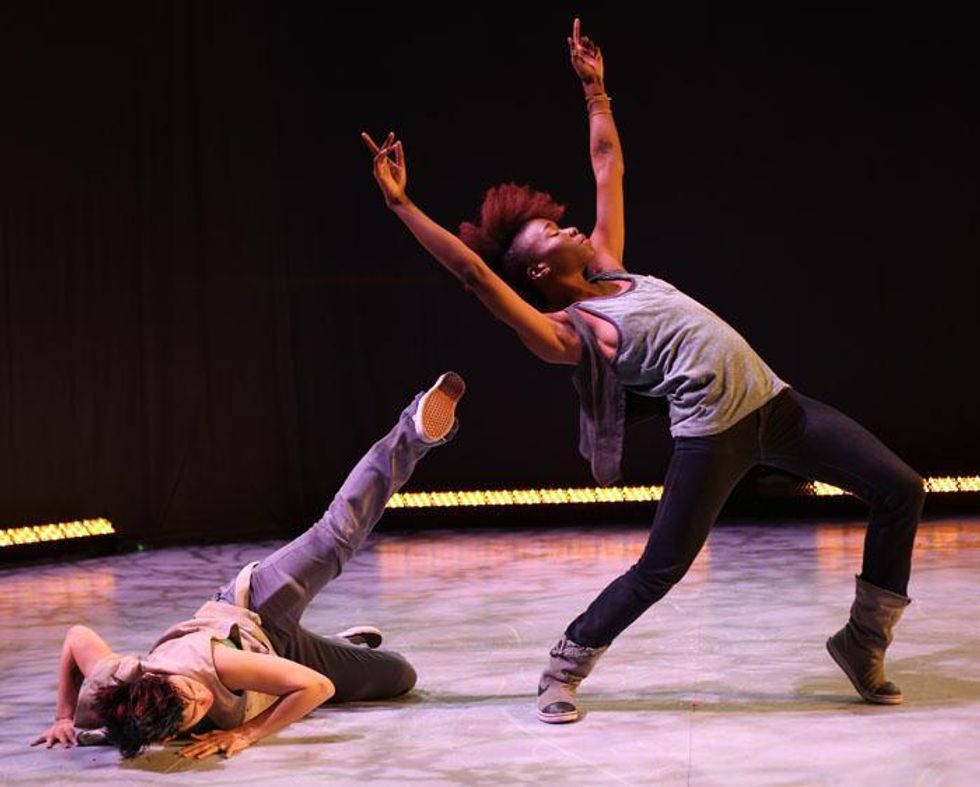 Music turns choreographers on. They listen all the time, looking for inspiration. From Bach to rap, there are more than enough choices to satisfy even the most particular. But it’s not simply a matter of choosing what they like. When selecting music for movement they have to find something that complements and enhances the work. Music and dance should correspond perfectly. As Balanchine most famously said, “Dance is music made visible.” And, “See the music, hear the dance.”

Choreographers meet this challenge in a variety of ways. DT spoke with three popular concert dancemakers who’ve coincidentally tended toward music from the past rather than the current Top 40. Learning how—and why—they choose music makes it easier to understand how they develop their work.

Choreographer Monica Bill Barnes loves old music, favoring tunes from before the ’90s for her troupe Monica Bill Barnes & Company. “I like the sense of nostalgia that it evokes,” she says. She grew up with her grandparents’ record collection and lived with that older music for a long time, developing a close relationship with it. She sees her job as transforming it into something new. To accomplish this, she tries out a selection of music in the studio, seeing what works with the dancers. “There’s a lot of trial and error,” she says. “The choreography can’t reiterate the sound; there has to be a reason to put them together. The dance should help get out the rhythmic patterns. Sometimes I don’t decide on the music until a week before a performance. It has to fit as well as the costuming.”

She uses live recordings so that her audiences can hear the reactions of another audience to the music. “They act on one another,” she says, “and the work becomes a sum of many parts, the music’s history embedded in the dance.” She recently reworked Suddenly Summer Somewhere for summer festivals in Tarrytown and Chatham, New York. As music, she used recordings of Frank Sinatra and Dean Martin at the Sands Hotel in Las Vegas in 1963. “They were so funny, so cool, with perfect timing. I study their performances endlessly,” she says. She’s currently experimenting with Janis Joplin and Puccini operas. David Parker, founder of The Bang Group, is a huge fan of vaudeville, musical theater and Hollywood musicals. Trained as a tap dancer, he brings joie de vivre and humor to his pieces. “I think I have a natural sense of rhythm,” he says. “It’s part of my nervous system. I can naturally organize around time and rhythm.” He sometimes looks to ’70s and ’80s popular music for inspiration, tunes he recalls from his teen years. He chooses dancers who can assimilate the music, taking it into their bodies. Having worked with Amber Sloan, Nic Petry, and his co-director, Jeffrey Kazin, now for many years, he hardly needs to explain what he wants.

Though his pieces are humorous, they aren’t easy, being based on cerebral musical structures with latent associations. They function on three levels at once. The rhythmic level must be fulfilled first, but the movements used to create the rhythms are often loaded with meaning. They may include kissing and slapping sounds, percussive embraces and rebuffs that are also affecting on a psychological or emotional level. Thirdly, they involve large body movements, which are atypical of percussive dance forms, making the physical level very demanding as well. Parker chooses music only after he has developed a substantial amount of movement material. This gives him time to find the work’s intrinsic musicality. “I want the dance and music to bounce off each other like Tracy and Hepburn,” he says, “sparring partners and lovers both, to strike sparks as well as jibe.” Occasionally the choice of music isn’t up to him. In 2008, Robin Staff, director of DanceNOW NYC, asked him to create an all-dance version of the old Broadway hit Annie Get Your Gun for her Modern [Dance] Musicals series at Joe’s Pub in New York. He called it ShowDown. He listened to a lot of recordings, eventually finding that the score recorded by Judy Garland and Howard Keel for the MGM movie version was the most congenial to dancing. “It’s a good challenge when I’m given the music,” he says. “I learned a lot from choreographing to this piece.”

“Music chooses me,” says Jennifer Weber, founder of the all-female hip-hop group Decadancetheatre. “I might hear it on a podcast, at a club, a show or at a friend’s house, and I immediately have a vision. It has to tell a story.” Ultimately, the music must fulfill a lot of requirements. It must be emotional, full of variety and cinematic. She often works with DJs and she likes improvisation. “A dialogue has to develop between the dancers and the music,” she says. “It creates a kind of tension that’s very exciting.”

Although hip-hop music makes up most of her repertory, Weber also uses classical pieces to see what happens when she breaks tradition. One element that defines hip-hop dance is how strongly the movement matches the specific beat of the song. And in hip-hop music, the beat is often very predictable—accenting on the downbeat—and therefore the audience can anticipate where dancers are going to hit an accent even before they move. Although she likes connecting the performers and the audience in this way, she wanted to see what happened when she used a different kind of music. She choreographed to Stravinsky’s Firebird in 2004 and to the “Summer” concerto from Vivaldi’s The Four Seasons in 2012.

“Since there are no lyrics in the Vivaldi, words weren’t there to impose meaning,” she says. “I don’t like the movement and lyrics to say the same thing anyway. It’s redundant. I’ll often choreograph a fight to a love song. The juxtaposition makes you see things differently. I don’t want to tell audiences what a piece is about; I want them to read their own feelings into them.”

She chose The Four Seasons because the music gave her a lot of visual ideas to play with. “We started with the ‘Summer’ concerto,” she says, “and talked a lot about how summer feels, where the sun was onstage and the energy of that last party of the summer when you let everything go before the weather gets cold again.” As they started putting hip-hop moves to the classical score, they began noticing a strong connection. The way that they danced allowed them to amplify certain sounds and hidden rhythms that the audience might not have noticed right away.

“We tried to stay true to the sounds we heard,” she says, “and use our bodies as translators of the music, interpreting the almost 300-year-old score into the language of today. The dancers loved the challenge. We found the music inspiring, because we were never able to say the usual counts 5, 6, 7, 8. Instead, we had to really listen in a new way and develop our own vocabulary for each section.”

“The music drives the work,” Weber says. “It keeps us fresh. The more we listen, the more we find in it and the better we dance. It’s the heartbeat of what we do.”