“Ballet has opened doors for me all of my life, serendipitously perhaps,” says San Francisco–based ballet teacher Kristine Elliott. As she speaks by phone, Elliott is preparing for the arrival of three boys from South Africa who will be participating in a summer intensive with Alonzo King LINES Ballet, an opportunity she is coordinating through her nonprofit Gugulethu Ballet Project. “Gugulethu” is a contraction of “igugu lethu,” which means “our pride” in Xhosa, one of the languages spoken in South Africa. Since 2004, Elliott has been teaching annually in the country’s townships, creating opportunities for cross-cultural exchange between the artists there and in the U.S.

After a successful performing career with the Stuttgart Ballet and American Ballet Theatre, Elliott retired from the stage in 1982 with no plans to go into teaching. But a persuasive man she met in San Francisco named Yehuda Maor told her about a new studio he was opening and invited the ballerina to teach pointe class once a week. Through this opportunity, she fell in love with teaching. “I was teaching open class with the knowledge that I had. That was really rewarding,” says Elliott.

A real turning point in Elliott’s teaching career came in 2004 while she was a dance department lecturer at Stanford University (where she taught for 18 years). She attended a lunchtime screening of a thesis film by student Kristin Pichaske. The film, Guguletu Ballet, followed a white South African ballet dancer, Philip Boyd, who ventured into the townships of his country to teach ballet. Within a few years, hundreds of township children were taking part, and Boyd (along with his wife, Phyllis Spira, who died in 2008) founded an outreach program called Dance For All.

“Philip said, ‘I am in Africa and there are no Black people on this stage and it’s just wrong. We need to start teaching the children and getting them trained,’” Elliott recalls. “He was a very brave guy because it was during apartheid and he went straight into the townships. The kids loved him and loved ballet.”

Moved, Elliott sent an email to Boyd asking if she could travel to South Africa to teach and bring repertoire. “He said, ‘That would be marvelous, come!’”

That was just the beginning. For Elliott, teaching her first class in Cape Town in 2004 was an eye-opener. “The poverty was striking,” she says. “I noticed that by mid-morning, the students’ focus would start to wander, and somebody said ‘I think they’re hungry.’ I realized that I had to bring snacks since some students didn’t even eat breakfast. Also, the lack of facilities and equipment—students are almost always barefoot and using the backs of chairs as makeshift barres. Some of the classes were in gymnasiums with a hard floor and not really any mirrors. It’s really a whole different kind of environment.”

Elliott started making annual trips to South Africa. She and her companions bring dance clothes, shoes and equipment, among other things, while also identifying promising talent for scholarships abroad. In 2009, Elliott began a residency program at Stanford University, giving South African dancers the opportunity to travel to the U.S. to teach and perform. Two years later, Elliott created a Dance South Africa course for St. Mary’s College of California’s LEAP program, sending professional dancers from the U.S. to teach at dance schools in the townships of Cape Town.

Nathan Bartman and Ciara Baldwin, who are husband and wife, were two South African students who attended the classes led by the LEAP program participants. Bartman took class with Elliott during LEAP’s inaugural visit in 2011, which was coordinated with Dance For All, his school at the time. Noticing the young man’s talent, Elliott arranged for him to come to the U.S. in 2014 to attend the Alonzo King LINES Ballet summer intensive.

“It was one of the first times that I felt someone was really putting their faith in me and giving me a full chance,” recalls Bartman, who grew up in the economically disadvantaged community of Eersterivier, east of the Cape Flats.

Baldwin, who with Bartman attended the LEAP program at The Cape Academy of Performing Arts in 2013 and 2014, acknowledges that some people may have misconceptions about a white American going to Africa, which can lead to concerns of cultural appropriation, but she clarifies that is not the case when it comes to Elliott’s work.

“A lot of people have opinions about Americans coming into South Africa, and [they think they are] taking dances from Africa to America, but she’s not doing that,” says Baldwin, who was raised in the southern suburbs of Cape Town. “She’s coming in, sharing her own life experiences, working with the artists, and funding a lot of things behind the scenes, as well. In the townships, she’s on the floor; she’s touching feet. Even teachers in South Africa often don’t go to these places.”

Now the couple lives in London where they choreograph, compose and perform their work through their company, Manacan.

Despite the challenges of the COVID-19 pandemic, Elliott made sure her South African students were not forgotten. “We did Zoom classes; they don’t have good connectivity over there, so we purchased data to help them get online for two hours,” says Elliott. She is also in the midst of creating a syllabus, she says, “to help assist those amazing teachers in the townships who are doing the behemoth work daily!”

Her students continue to be grateful for the ways in which she has shaped their future. “Kristine showed us art and a different way of thinking,” says Bartman. “That is the most important thing that I think she plants in the communities and in the minds of young people. I feel what she’s doing is saying ‘You can dream further and bigger than the walls of your community.’”

As Elliott says, “Teaching goes so much beyond the studio.” 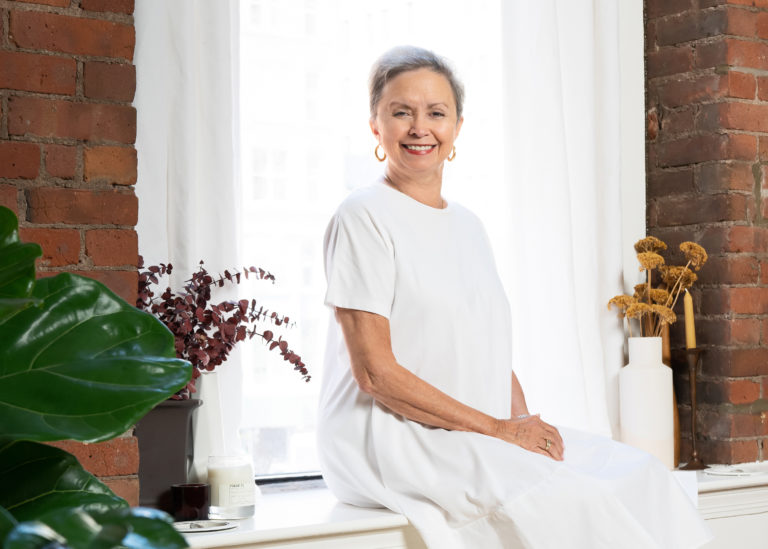