When Kira Blazek-Ziaii was starting her dance career in the mid-2000s, her peers were generally careful about tattoos. There were dancers with ink, but mostly smaller pieces placed in areas with low visibility. She followed suit—getting four tattoos either in discreet places or so small they’d look like a birthmark.

“There were a lot of lower-back tramp stamps in those days,” chuckles Blazek-Ziaii, now an assistant professor of contemporary dance at the University of North Carolina School of the Arts. “We didn’t want something that would stand in the way of getting a job.”

Times have changed. Today, Blazek-Ziaii’s students often have tattoos that are placed to be seen—on their arms, forearms and back of the neck. “I would never have done it, but it’s so much freer now,” she says.

Tattoos are becoming socially accepted in more spaces. While this is true in dance, there is still some stigma to contend with, as well as practical considerations for dancers and their teachers.

Making a Passionate but Smart Decision

It’s important to approach conversations with students about tattoos with an appreciation of their desire for body art. It’s something they can balance with their career, not an impediment. And stifling or stigmatizing their expression won’t fly.

“Tattoos are an important part of my Hawaiian heritage,” says Stephen Nakagawa, a dancer with The Washington Ballet who has three tattoos, including a honu (sea turtle) and ohana (family) tattoo. “When we leave the studio, we have all kinds of other parts to who we are, and tattoos are one of them.”

With this understanding in mind, there are issues that are helpful to discuss with students. First, Blazek-Ziaii invites them to take time to think the decision through. “Young people have newfound control over their bodies and often feel a rush to do this,” she says. “I caution dancers by asking, ‘Have you ever thought your views might change?’”

Hers did. “At the time I got the tattoos, I thought they meant something to me,” she says. “But now they don’t.”

Blazek-Ziaii also encourages students to think about the statement the tattoo makes in the studio. “I talk to dancers about the clothes they wear in the room and the energy they bring,” she says. “Tattoos are the same. What information about you is it bringing? [Students] need to be aware.”

With increasingly bold amounts of skin covered with ink, Blazek-Ziaii shares with her students her experience of dancing with Shen-Wei Dance Arts. Covering tattoos was required, and dancers with bigger pieces had to go to “great lengths” to cover them. She also shares the need for extra prep time before performances with students and cautions that bigger tattoos can be hard to fully cover for a small, intimate theater.

Ehlie Luna, a former makeup artist at New York City Ballet who has covered tattoos for dancers, says that while the dancers she worked with were passionate about their tattoos, they might still consider them a sore spot. “Intense and large tattoos are a challenge,” she says. “People would apologize to me when I had to cover them, but I never did mind.”

Being Aware of the Stigma

“At the end of the day, tattoos can be covered, so I don’t think students need to worry about showing them in auditions,” says Blazek-Ziaii, and with a laugh continues, “but I’m not sure we’re ready for face or neck tattoos yet.”

This doesn’t mean there is no stigma. She cautions that hidden bias is always possible, and she notices that her ballet students have far fewer visible tattoos than her contemporary students.

Jessy Dick, a dancer with The Washington Ballet who has three easily concealable tattoos, says that many women in her company have tattoos, but it took her some time to get comfortable as a tattooed woman in ballet, where ink can perhaps run counter to the image of ballerinas as soft or delicate. As a student at Butler University, she says, there were no ballerinas with tattoos, and it wasn’t until she secured a position at The Washington Ballet that she felt unabashed about getting one. “I walked into company class and thought, ‘Oooh! Look at all these tattoos!’” she says. “I think people feel more secure once they’re professionals.”

When to Cover It Up

She and Nakagawa agree that it’s an unspoken rule that in classical ballets, all tattoos are covered. But in contemporary work, it depends on the preference of the choreographer or director, with guidance often included with hair and makeup notes.

But just because a dancer has tattoos doesn’t mean they want to display them. Nakagawa prefers to cover his tattoos even in contemporary works. “As a dancer, I prefer not to see tattoos,” he says. “I prefer a nice clean line to my body.”

He will leave them visible if a choreographer requests it, but he finds it helpful to have a dialogue about how it fits into the piece. But generally, he and Dick say, dancers are happy for the opportunity to show their body art.

Luna, former NYCB makeup artist, says that keeping tattoos covered depends on the length of the performance, if there’s any time to reapply coverage and how much the area of skin is rubbing against a partner. “The cover generally holds, but it can fade. The best you can hope for is minimal transfer,” she says. “I recommend a final blast of Kryolan setting spray from a good distance.”

The most effective method for self-cover is Tattoo cover-up tape, trimming around the edges to create softer contours and avoiding an abrasive line. But many dancers will use makeup, even if not to the standard of a professional like Luna. Some products she recommends are Joe Blasco Neutralizer and Tattoo Cover, Ben Nye & Jordane tattoo cover palettes and Dermaflage’s waterproof product.

For those looking to minimize such work and concern, the best option may still be creative placement. Two of Dick’s tattoos wrap around her ankles, obscured by her pointe shoe ribbons but visible in places. They’re no less satisfying.

“Being in front of a mirror all day, I see the tattoos more than I normally would because of where they are, and it always makes me happy,” she says. “I’ve never felt, ‘Oh, I shouldn’t have gotten that.’ The tattoos grow with me.”

Editor’s note: This article has been updated to note the correct meaning in Hawaiian for Nakagawa’s tattoos. 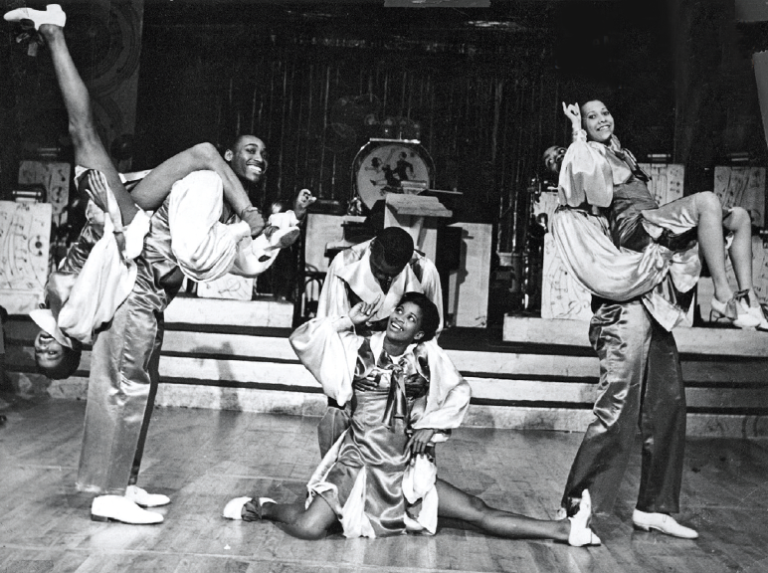