Antonio Gades (1936–2004) never imagined that he would become a professional dancer, let alone one immortalized in groundbreaking films. But with the grace and agility of a skilled matador, noted for his still hips and tight pirouettes, Gades was not destined for anonymity. In a career that spanned a half-century, he earned more dance awards than any other Spanish dancer to date. He performed worldwide, directed four major companies, choreographed numerous works and was an outspoken human rights activist. With celebrated film director Carlos Saura, he created the Flamenco Trilogy, where flamenco dance’s burning emotionality galvanized the story lines, making words almost unnecessary.

Born Antonio Esteve Ródenas near Valencia, Spain, Gades’ childhood was marked by the tragedy of his father, a day laborer, who was severely wounded fighting in the Spanish Civil War. Growing up in Madrid under General Franco’s dictatorship, Gades identified with the oppressed and persecuted workers, communists and non-Christian groups like the Gypsies. It was through the latter group that Gades found his calling in flamenco. He left school at age 11 to work odd jobs as a photographer’s assistant, apprentice bullfighter and nightclub performer. At 16 he was discovered by choreographer Pilar López, who directed the leading flamenco company, the Pilar López Spanish Ballet. From 1951 to 1962, Gades went from being her disciple to her lead dancer, and together the two are credited with transforming the state of Spanish dance from folk art to a fully staged and choreographed professional artform.

López gave Gades his stage name, which refers to the Andalusian city of Cádiz, once known as Gades. It also means, “walled stronghold” in Latin. Though neither a Gypsy nor from Andalucía (both considered provinces of flamenco authenticity), Gades was always faithful to the style’s core values of community, raw kinesthetic expression and suffering. He railed against the appropriation of flamenco (by Franco’s government) as a virtuoso exhibition of Romantic Spanish culture. “What is the point of doing four pirouettes,” he was known to ask, “if with one done extremely well, everything is said?”

While dancing with López, Gades also studied ballet in Paris with the Imperial Ballet–trained teacher Olga Preobrajenska. He mastered zapateado, percussive footwork, with the Madrid-based teacher El Estampío, and became devoted to the male dance form farruca, in which rapid-fire footwork contrasts with held lifts and falls, dramatic poses and flat-handed Cubist-style arm work. Renowned teacher Vicente Escudero, one of flamenco’s most rebellious bailaors of his time and author of the first book on the genre, provided Gades with his virile technique, marked by emotional sobriety and the sharp turn of his wrist from the inside toward the outside with fingers kept together.

In 1962, Gades made his film debut, dancing and acting in Los Tarantos with Carmen Amaya. The experience of using dance to tell a story made him decide to launch his own company and to dedicate himself to choreography. At its height, Gades’ company numbered 42 dancers. But in 1975, while applying makeup before a benefit concert for the Bolognese Communist Party, Gades learned of five more executions ordered by Franco. “I felt like a coward,” he said to a Spanish newspaper reporter. Soon after, he dissolved his company, became closely allied with Cuba and increasingly outspoken about politics.

Ironically, it was his Cuban friends, including Fidel Castro and Alicia Alonso, who encouraged him to return to dance. In 1978, Gades assumed the post of the Spanish National Ballet’s first artistic director. His tenure, however, lasted less than two years, as his presentation of dances from Spain’s politically independent regions clashed with the company’s nationalist agenda. In 1980, Gades formed another troupe, with famed flamenco dancers Cristina Hoyos, Juan Antonio and Enrique Esteve. Their rendition of Gades’ reinterpretation of poet Federico García Lorca’s tragic play, Bodas de Sangre or Blood Wedding (1974), inspired Saura, who attended a rehearsal of the ballet on the suggestion of his producer. Enthralled, Saura said, “I discovered the world of dance with Bodas.”

Saura transformed Bodas into a film in 1981. Its success spurred Saura and Gades to make two more dance films together, Bizet’s Carmen, winner of the 1983 Cannes Film Festival’s award for “Best Artistic Contribution,” and El Amor Brujo (1986). The three productions became known as the Flamenco Trilogy. They distilled and abstracted the traditional film format (of shooting in multiple locations, incorporating elaborate sets and costumes and focusing on dialogue) into a fleet-footed, explosively kinesthetic embodiment of the dispossessed and the disaffected. And rather than presenting flamenco steps that were traditionally confined to a limited space, Gades’ choreography traveled and devoured space.

Five years after the making of the Flamenco Trilogy, Gades was diagnosed with cancer. He became passionate about sailing and slowly began removing himself from the dance world. In 2004, weeks before his death, Gades sailed from Spain to Cuba to be decorated with the Order of José Marti, a prize bestowed on political leaders. “He was always on the side of the downtrodden,” said Spanish Culture Minister Carmen Calvo. For someone who could have found satisfaction being a stage and screen star, Gades thought little of his unique look or fame. Expressing the adversity of the Spanish people was his goal, making him an inimitable and unforgettable artist. 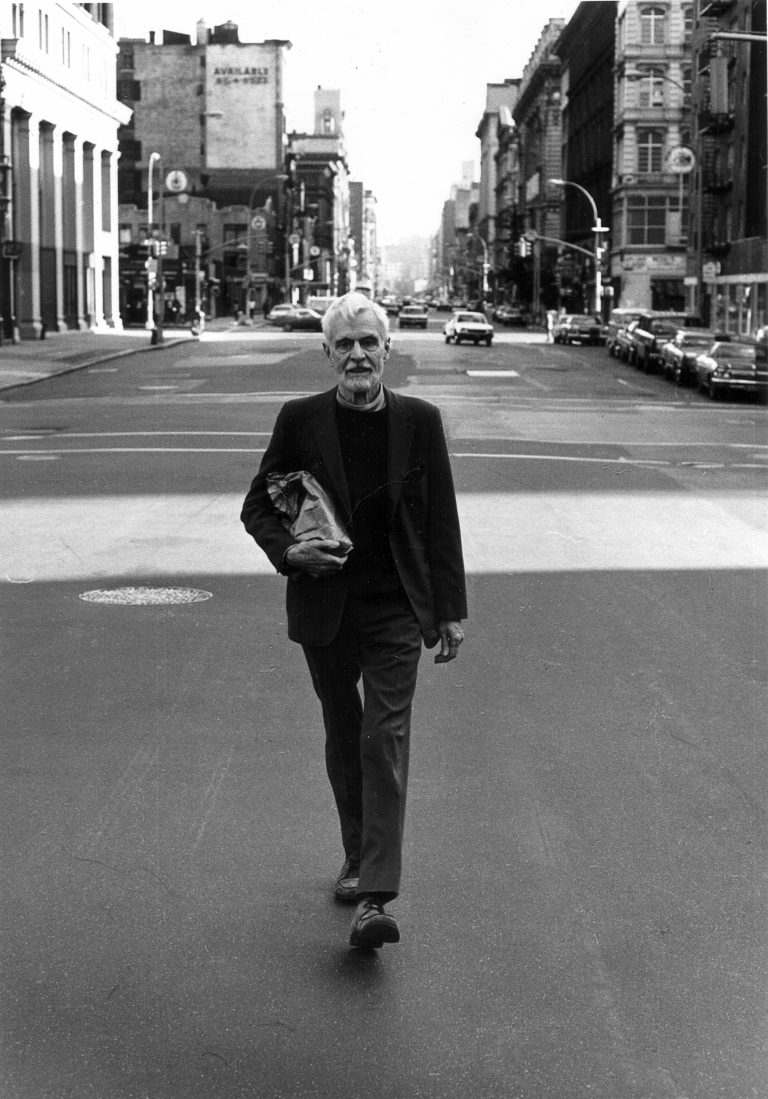