In 2010, American Ballet Theatre principal David Hallberg and artistic director Kevin McKenzie founded the Innovation Initiative, a two-week workshop for selected company members to develop their interest in choreographing. This year, for the first time, ABT invited artists from outside the company to participate. In addition to corps members Gemma Bond, Claire Davison and Daniel Mantei, Hallberg chose Jillian Peña and Pam Tanowitz—modern, “downtown” choreographers. “It’s important that ABT nurtures choreographic talent,” he says, “whether or not they’re involved with our seasons.”

Company dancers volunteered to perform in the pieces developed during the workshop, and those who worked with the modern choreographers experienced more of a shared process than they’re used to. “They went into the studio thinking, ‘OK, give us the material that you want.’ But Pam and Jillian wanted a more collaborative experience, more of a discussion,” says Hallberg. “It immediately posed a challenge. But I’ve always grown more as a dancer through challenges.”

At the end of two weeks, artists presented their works in progress in a public performance at Columbia University’s Miller Theatre. ABT arranged to partner with the university, which offers fine arts programming to students, as an audience development project. Columbia students of all disciplines were invited to attend rehearsals at ABT’s studios, which bolstered attendance for the final concert.

Photo by Erin Baiano, courtesy of ABT 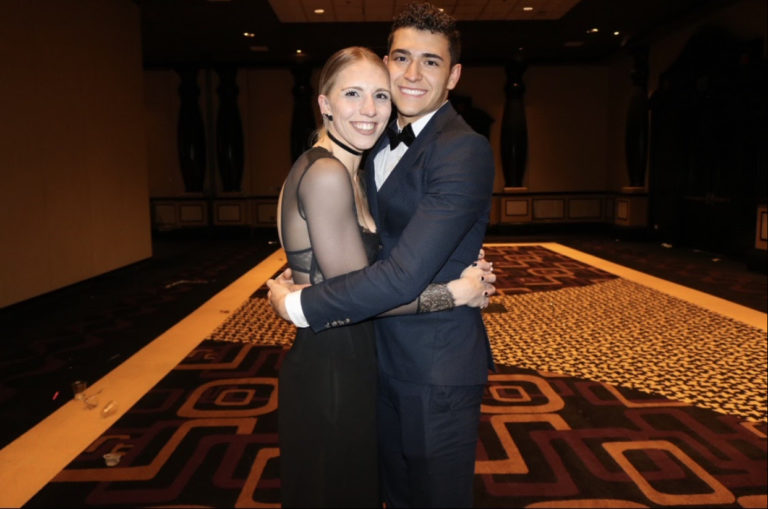