Rose Eichenbaum
teacher stories
He's Back! Wade Robson Opens Up About His Return to Dance

Wade Robson was at the height of his popularity and among the dance industry’s most respected teachers and choreographers when I photographed him for the cover of Dance Magazine in 2007. At 25, he had already produced an extraordinary body of work that included commercials, music videos, world tours and stage direction for such pop stars as Britney Spears, *NSYNC, Justin Timberlake, Usher and Demi Lovato. He was also creator and host of his own MTV show, “The Wade Robson Project,” and had won multiple industry awards, among them two Emmys for his choreography on “So You Think You Can Dance.” What his admiring public didn’t know was that Robson harbored a secret that in five short years would bring his professional life crashing down.

Robson’s remarkable rise began at the age of 5 when he won a Michael Jackson impersonation contest in Brisbane, Australia. It was the stuff of dreams. Not only did he meet the King of Pop, performing in his 1987 Bad Tour before nearly 15,000 people, he began a relationship with Jackson that assured he’d become a star.

When Robson was 9, Jackson sponsored his move to Hollywood with his mother and sister in order to mentor him and guide his career. Robson was soon dancing professionally in music videos, including Jackson’s “Black or White.” At 12, Robson began teaching at L.A.’s top dance schools. And at 16, he landed his first major choreographing gig for Britney Spears.

But the more successful he became, the more the secret he’d been holding for 20 years began to consume him. In 2013, four years after Michael Jackson’s death, Robson filed a lawsuit against Jackson’s estate, accusing his mentor of sexual abuse from the ages of 7 to 14. (The judge ruled against Robson.) Robson then walked away from his dance career and moved with his wife and young son to the island of Maui, where he became a documentary filmmaker. One of the organizations he worked with is the nonprofit Friends of the Children’s Justice Center, which advocates for child abuse prevention.

In 2017, five years after he disappeared completely from the dance scene, I noticed Robson had joined the faculty of JUMP Dance Convention. I recently wrote to him requesting an interview, and a few weeks later we were sitting together at a juice bar in the small town of Paia, not far from his home. “Rose, ask me anything,” he said.

On Why He Left The Entertainment Industry… Rose Eichenbaum: Why did you leave the entertainment industry, but more specifically dance?

Wade Robson: My relationship with dance had become tainted. Michael Jackson was the reason I began dancing at the age of 2. He was my main inspiration and my mentor, but he was also my abuser. Dance was so intertwined with him and the abuse that I couldn’t separate them. Michael was also responsible for my training and drilled into me that I had to be the greatest, better than anyone else, rule the world and never be second-best. The pressure he put on me starting at the age of 7 was almost unbearable. I eventually created a name for myself, but inside I was miserable and felt like a fake, an imposter who at any minute would be found out. When my son was born in 2011, everything began to unravel.

On How He Reentered the Dance World… RE:: So after all of this, how were you game to reenter the dance world?

WR: Up until a year and a half ago I didn’t think I ever would. I thought that dance was gone from my life forever. Whenever it would call to me, I’d just say “no” and push those thoughts away. Yoga was now my physical and spiritual movement. Then one morning I awoke with the awareness that before my relationship with dance had become tainted, it was pure, innocent and joyful. Could I get that back?

RE: And you booked space at a local dance studio and announced that you would teach a class open to the public, right?

WR: About 50 people showed up, many nonprofessional, a real motley crew from all walks of life. I began the class with “Let’s all sit down. I want to talk to you about why I’m here, where I’ve been, and what my goal is both for myself and for all of you.” I had a real vulnerable share. I let my guard down and enabled them to drop their shoulders and be vulnerable with me, too. All of us in the room connected so deeply, so quickly. And one of the beautiful things that happened that night was that my son, Koa, was there, too, to act as my DJ. Here was my 7-year-old son, who looked a lot like a 7-year-old Wade, pressing “play” on the sound system so that I could dance again. I knew then that I had to keep going.

For the full article, pick up a copy of DT‘s February issue here. 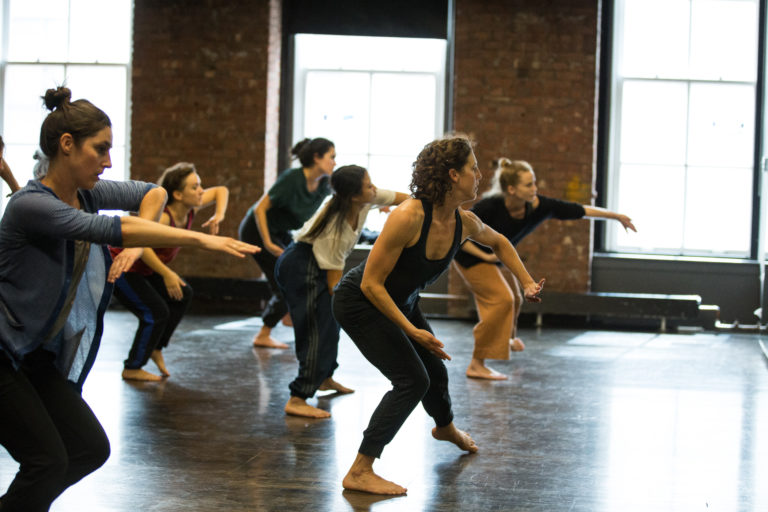