Joan Sheary’s voice rebounds off the walls of Room H15, the ramshackle but beloved Worcester Burncoat High School dance studio. In front of her, a group of young dancers expertly execute her directions in synchrony, clad in black leotards, tights and jazz shoes. The year is 2012, and Sheary, former Rockette and 2014 Dance Teacher K–12 public-school education award recipient, is rehearsing her students for their upcoming year-end performance of The Wiz. As an outside viewer, you’d have no idea these dancers and their teacher were part of a severely underfunded public magnet-school program in an at-risk community.

Sheary and her Burncoat dancers star in Toe the Line: Arts Education for Life, a new documentary directed by Barbara Copithorne that encapsulates the difference that accessible, high-caliber dance education has made in its students’ lives. Originally released in 2020, Toe the Line includes 10 years’ worth of unscripted class, rehearsal, performance and interview footage. It will become available to buy or rent on Apple TV and Amazon Prime starting Wednesday, January 25.

The Burncoat dance program, which Sheary ran from 1985 to 2015, defies the odds by providing exceptional dance education to underprivileged middle and high school students. With “a budget of zero,” as Sheary describes, the department still managed to equip its dancers with professional-level training and performance opportunities. During the time of filming, “31 percent of Burncoat dance students lived under the poverty line,” explains Copithorne. But in an incredible feat of fundraising and camaraderie, the students worked together to raise money for costumes, studio equipment, playbills and even dancewear for classmates who couldn’t afford it on their own.

Copithorne first connected with Sheary in 2002 when Copithorne’s daughter, Lexy, attended a summer camp in Maine. The camp’s closing performance of Oliver!, which Sheary directed and in which Lexy starred as the title character, left a lasting impression on Copithorne. So when in the course of earning her associate’s degree at Boston University’s Center for Digital Imaging Arts she was assigned to create a documentary, she knew her subject immediately. “I wanted to focus on arts education, specifically in public education,” says Copithorne. “And show what any community could do for its kids if it wanted to, with dance in particular. So I tracked Joan down and asked to film her classes.”

A surprised Sheary agreed (“Nobody calls the H-wing [dance department]! I knew it had to be important”), and the team got to work, with Copithorne and company regularly traveling 45 minutes one-way from Boston to Worcester, Massachusetts, to film. By the third year, “it got to the point where I didn’t even know [Barbara] was there,” says Sheary.

“I was excited about the project because I’m such a strong advocate for education,” Sheary continues. “And dance education specifically, because there are so many people who teach dance, but not the other things that make it a full program. My philosophy is that a program is always responsible for helping students develop life skills—faith in themselves, and the confidence to face life’s challenges and succeed in whatever career they choose.”

As the film shows, this philosophy paid off. In one of her on-screen asides, 2010 Burncoat alum Aminata Kamara says, “If you can make it through Joan Lester Sheary’s dance program at Burncoat High School, I assure you, positively, you will make it through life.” Kamara went on to graduate from Western Michigan University’s Thomas M. Cooley Law School.

“Every body can benefit from dance education”

Copithorne hopes dance teachers and students of all backgrounds will watch the documentary “because it’s their story.” And of its importance and relevance to the greater educational scene, “this is a program that could be replicated,” she says. “Every body can benefit from dance education—the history, the structure, thinking on your feet, collaboration and teamwork. Art engages kids and lowers the dropout rate. Art is what survives throughout history.”

As for Sheary, “I’m hoping people can see that every student has to be offered the opportunity to develop all sides of themselves,” she says. “I’m so proud of every one of my students—they’re such talented dancers and beautiful people. Looking at the film after it was completed, I just sat there dumbfounded. I never realized to what degree the impact that that program had on them.”

Learn more by visiting the documentary’s website, Instagram and Facebook page, and watch the official trailer here. You can also rent Toe the Line for $4.99 or purchase it for $19.99 on Apple TV and Amazon Prime starting Wednesday, January 25. 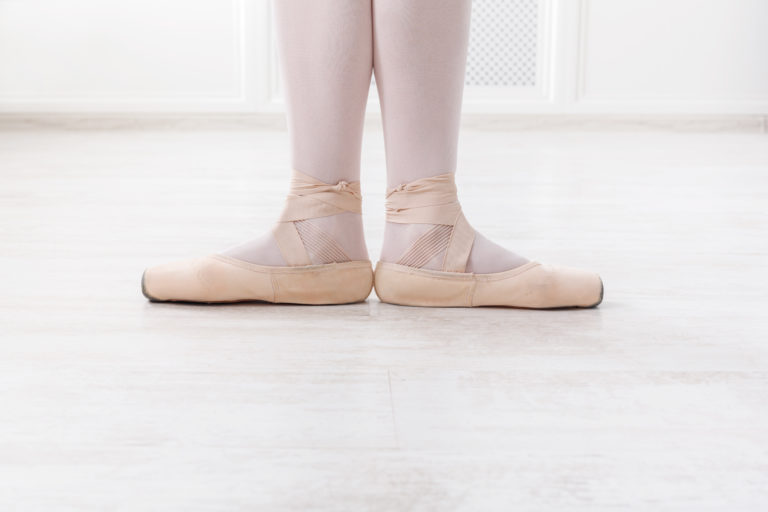