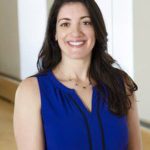 Grab a partner and do-si-do (starting tonight at Lincoln Center with ABT) because a new study reveals that the neurological effects of social dances, like country dancing, the minuet or fandango, help to better protect our brains from aging, compared to other forms of exercise.

Researchers from the University of Illinois Urbana-Champaign and elsewhere looked into the effects several different types of physical activities have on the wiring and function of older people’s brains.

The subjects—174 healthy people in their 60s and 70s, most sedentary, all having no signs of cognitive impairment—were divided into several supervised groups, each assigned a different workout regimen for one hour three times a week, over a period of six months. One group briskly walked, another started a stretching and balance routine and the third learned and practiced country-dancing choreography. The dancing group overall had healthier white matter in their fornix—the processing-speed and memory part of the brain that’s supposed to decline with old age.

The study concluded that the mental demands of learning choreography, compared to simply walking or stretching, affects the biochemistry of brain tissue. The people who exercised prior to the study also showed the least decline.

Last week was the first night of Lincoln Center’s annual Midsummer Night Swing, the 15-evening summer dance party series that includes the opportunity to show off your social-dancing skills (AND beef up your brain muscles).

Cassandra Trenary in The Sleeping Beauty. Photo by John Grigaitis, courtesy of ABT

To kick off the series, American Ballet Theatre soloist Cassandra Trenary and principal dancer James Whiteside made a special appearance. James Whiteside in Don Quixote. Photo by Marty Sohl, courtesy of ABT

Each evening of Midsummer Night Swing is a ticketed event, beginning at 6:30 pm with a dance lesson for people of all skill levels by some of New York’s foremost instructors. Live music begins at 7:30 and lasts until 10.

Tickets and passes can be purchased through CenterCharge by calling 212-721-6500, at MidsummerNightSwing.org, at The Swing box office in the lobby of David Geffen Hall or at the box office in Damrosch Park.