As I tiptoed my way down to the judges’ table, I passed dancers hurriedly rehearsing onstage. One more chance to make that lift soar, one more moment to swing that step, one last breath before they owned the stage.

That energy is what I have come to love about competitions: There is a will to succeed and fly in almost every number. In 2014, before working a six-year run on Broadway, I had the opportunity to judge a competition for the first time, and I was in heaven. Due to the pandemic and loss of theater work, I jumped back into the competition world this season.

On one of my recent gigs, I set up my judging station and readied myself for the long weekend ahead. Before all the routines, I started my adjudication recording encouraging the dancers with a lighthearted “Work!” or “Get it!” But after introducing a hip-hop number called “Girls in the Hood,” I was something that my friends and colleagues would never call me: silent.

As soon as the music started, the dancers, mostly white, rushed the stage wearing ski masks. This is what initially shocked me into silence. Why did they feel the need to add ski masks—which are often associated with robbery? This was sending a not-so-subtle message about what they thought of people “in the hood,” and it was racist and offensive.

After dancing for a while, the performers removed their masks. They started to overly purse their lips, use exaggerated side-to-side head movements, and exaggeratedly shake their fingers in between dance steps—all movements commonly used by white people to mimic Black women. As I watched what felt like a modern-day blackface performance, I thought to myself “I can’t be seeing this?” But as the competitions continued each weekend, I also saw white children dress up as Muslim women in a dance called “A Woman’s Silence,” and as Asian women in a dance set to a song from Mulan.

Blackface has a long history in America. And while the ski masks and exaggerated gestures that I saw recently looked different from the blackface of the past—where white performers would literally darken their skin with cork or shoe polish—it had a similar effect, both perpetuating harmful stereotypes about African-American people and stealing elements of a disadvantaged culture, which is appropriation. Blackface grew in popularity after the Civil War, when African Americans demanded the right to vote and citizenship. I can’t help but find similarities with our current day, as Black Americans still have to march in the streets for equality and sometimes wait in line all day to vote.

After the horrific murder of George Floyd last spring, America’s racism was put under a microscope. Microaggressions that marginalized groups usually brushed off were brought to light and called out on a level not seen in this generation. One by one, dancers and theater workers of color started to speak out, airing their grievances at an industry that did little to protect them from racism, tokenism and oppressive leadership. I lifted my voice to that chorus, not only in protest against a broken system but as a promise to protect others.

That promise was tested when I saw “Girls in the Hood” and other numbers where white children dressed up as Asian and Muslim women. I had a choice in those moments: Do I speak up and risk losing the only income I have, but stay true to myself? Or do I stay silent and collect my money? I decided to stay true to myself.

When I got back to the break room that day, I voiced my concerns to the other judges and the director, who were all white. Being the only Black person in the room, I could feel my body tense up as I started to recount what I saw and how it made me feel. There were nods, understanding glances and support, but I could tell no one understood how serious this was. I started to feel like I had overreacted until the announcer, a Black woman, walked into the break room and started to agree with me enthusiastically. Having another person of color who felt the same way relaxed me and assured me I wasn’t wrong. In that instance, I saw and felt the importance of having a diverse group behind a table. Not because the burden of fairness and equality should fall on a single BIPOC judge, but because equity requires representation.

We discussed the elements of racism present in the numbers and agreed to create a dialogue. The competition manager facilitated a way for me to send a message to the studio owners, where I gave clear examples of what happened onstage and why it was racist or contained appropriation. This gave us the ability to have a teachable moment for the studio owners without involving the dancers, as I didn’t think the children should be punished for doing what was asked of them.

I heard back from one of the studios through the competition director. The studio owner could find no fault in dressing white children as Asian women and dancing to a song from Mulan. She said the kids just liked the song and asked why race had to be brought into it. What was wrong with them dressing up as another culture if the purpose was to honor them?

I wasn’t able to respond since their competition block had ended, but this is what I would say given the chance:

Ignorance is no longer a valid excuse for racism on the competition stage. Studio owners and choreographers need to understand that when they compete numbers like the ones I’ve seen this season, they are perpetuating a history of racism in America. This racism—often veiled as reverence for another culture—can be confronted, but only if we listen to those most affected by discrimination. 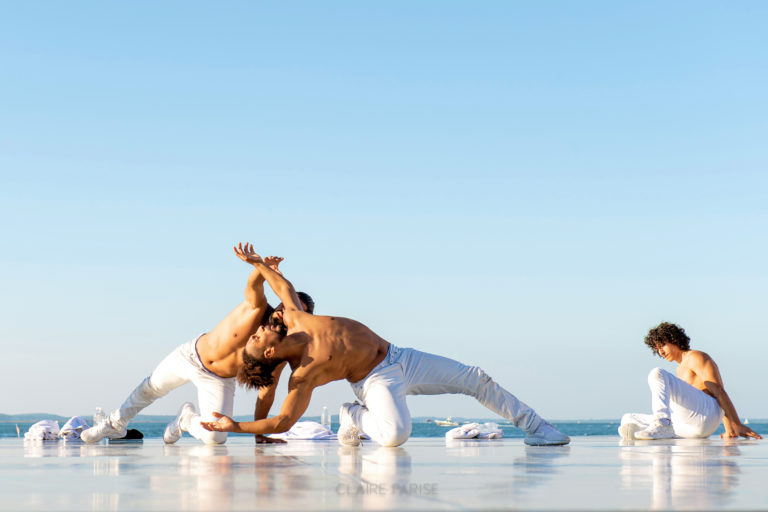