If it were possible for individuals and massive organizations to be soul mates, Harper Watters and Houston Ballet would be written in the stars. After training at The Portsmouth School of Ballet, and the Walnut Hill School for the Performing Arts, Watters attended Houston Ballet’s summer intensive in 2009 following his junior year of high school. He was only supposed to be there for six weeks, but from day one he set his heart on staying long-term. “My first class was a men’s class with Claudio Muñoz, and my eyes were opened to the caliber of dancing I could achieve,” Watters says. “I felt like I could totally be myself—like I was getting more than just good technique out of the program, but artistry, too. I had one (very pointed and turned-out) foot in the door, and I didn’t want to pass it up.” So, he auditioned for Houston Ballet II without telling his parents, and was given a contract by the end of the summer. “There were a lot of emotional phone conversations, but I was ultimately able to officially move to Houston,” he says. After two years in HBII, Watters joined Houston Ballet in 2011, was promoted to demi-soloist in 2016, soloist in 2017 and first soloist in December 2021.

Here, Watters shares a bit about the most helpful correction he’s ever received, his most influential teacher and his advice for dance educators.

On the most helpful correction he’s ever received: “In 2015 I was selected to participate in the Princess Grace Awards. The solo I submitted was choreographed by Stanton Welch, Houston Ballet’s artistic director. During our final rehearsal, I fell out of a turn and I stopped midway through the run. He looked at me and said, ‘Harper, you’re never going to catch the perfect wave; it is about riding the wave you were given.’ It was permission to experiment—to make my performance outshine anything that might go wrong technically. Whether or not I landed that turn, I have a story to finish telling. It’s been a useful mentality in my career. I just danced my first three-act principal role with four pas, two solos and two group dances. The potential of something going wrong in that scenario was high, but I wasn’t too hard on myself because my performance, and my connection with my partner, was what was most important.”

On his most influential teacher: “Claudio is a genius—a master at what he does. He’s unconventional, which connects with me personally. For example, in class he doesn’t simply demonstrate the combos, he verbally dictates them to someone in the room. He will point and say ‘You! Tendu devant, rond de jambe…,’ and so on. You have to visualize his words and immediately try them on your body as he speaks them. Then once you’re finished, he will say ‘Now with the music,’ and everyone does it all together. He then gives us visual corrections, like ‘Imagine you are wearing a Rolex on your wrist and Cartier jewels on your neck. Show everyone who didn’t believe in you that you bought them.’ Then he says ‘Do it again.’”

His advice for educators: “If teachers make their dancers feel seen, it will unlock a whole new level of confidence within them, which will unlock a whole new level of purpose. When dancers don’t feel valued, they lose motivation. It doesn’t take all that much work to make someone feel seen. Tell your dancers that the work they are putting forth is recognized. You can say ‘Thank you for trying that arm—it’s improving,’ or ‘How you switched your movement quality with the music was really exciting.’”

His goals for the future: “I would love to dance The Vertiginous Thrill of Exactitude, by William Forsythe, Balanchine Black & White, and another [Jiří] Kylián ballet. At one point I had convinced myself that a three-act ballet would be too much of a challenge for me mentally. But being promoted to first soloist in December and doing my first three-act ballet shortly thereafter has shifted my perception on what I can do if I apply myself. I hope to do more work like that in the future.”

Demi Remick: From Young Tap Protégé to Full-Fledged Tap Star
Dua Lipa Backup Dancer Demi Rox Has Big Plans
Mythili Prakash Is Part of a New Generation of Bharatanatyam Dancers
How Dulce Escobedo Promotes Dance Education in Mexico
Amanda Castro Opens Up About the Advice That’s Made All the Difference in Her Career 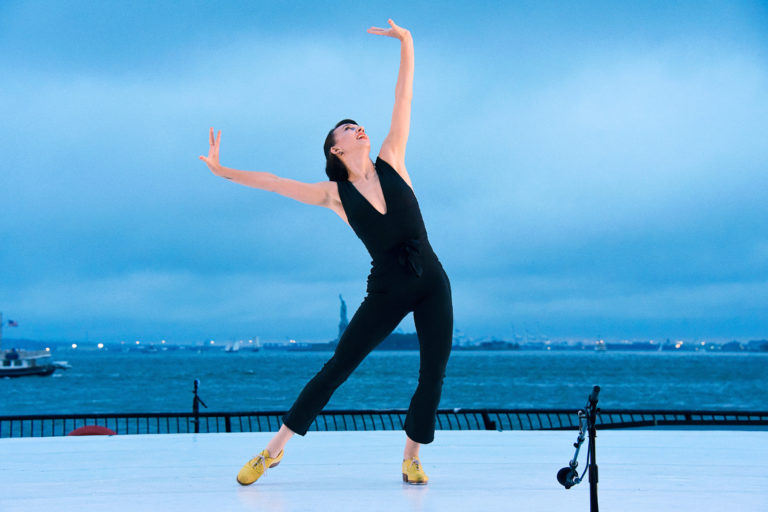