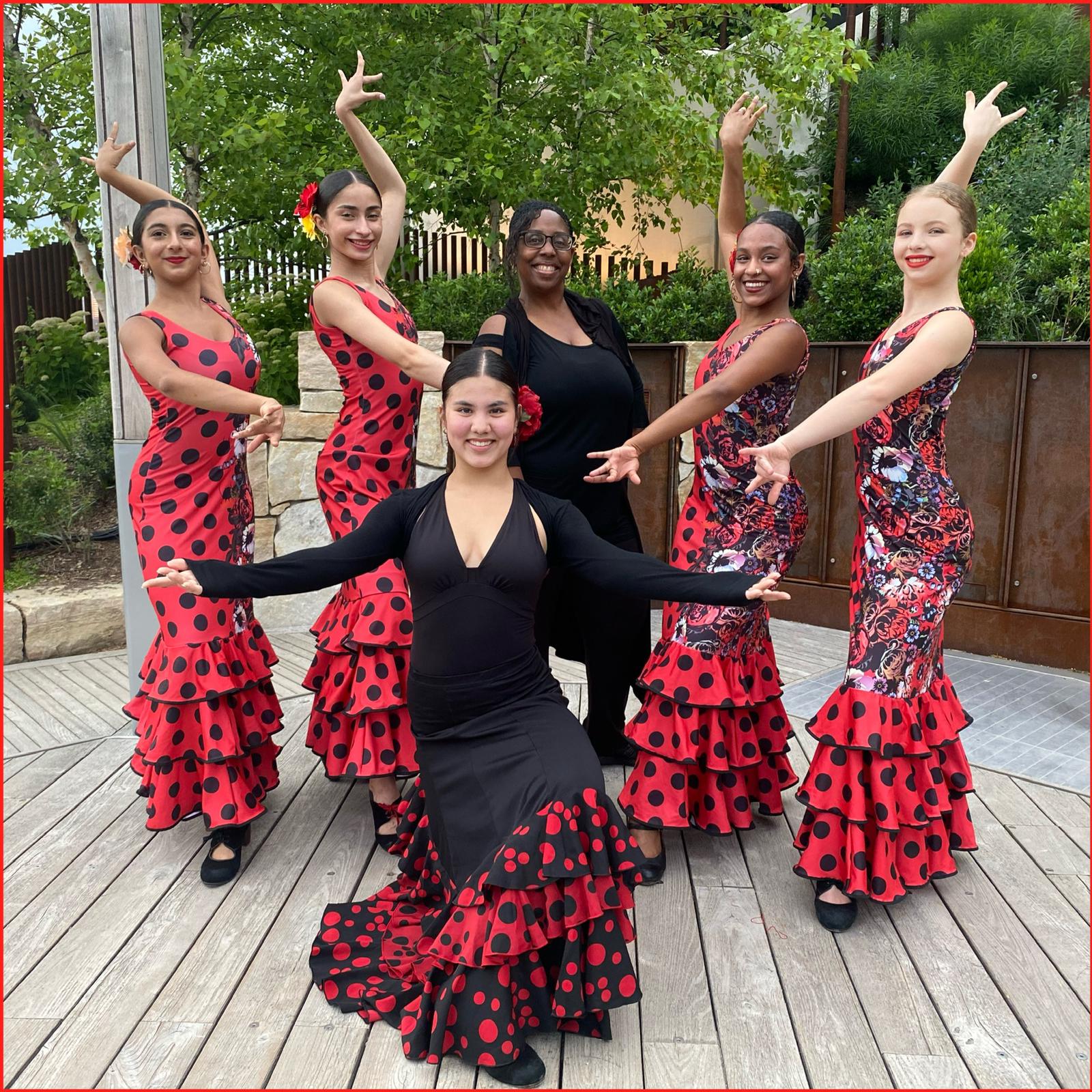 Yvonne Gutierrez, heralded flamenco, salsa and Spanish dance artist and educator, has built her reputation as an ambassador for creative connection in the arts. With her dedication to bringing tradition forward while fostering standards of inclusion and outreach, she continues to raise the bar for dance education. Gutierrez, a New York native based in the boroughs of New York City, pushes the boundaries of the dance classroom, affirming students’ unique capabilities and experiences and questioning conventional notions of who belongs in dance spaces. She also focuses on building strong, open student–instructor relationships, describing feedback as “a two-way street that nourishes both student and instructor,” making it possible to “connect dance with students’ external experiences.”

Gutierrez’s trajectory in dance reflects a vibrancy of unique experiences that span from how she started studying dance to how she has reached disadvantaged student populations throughout her career. The daughter of Cuban immigrants, she considers her roots key to her soul connection with dance. She began studying dance in New York City as a child when the trade union which her father belonged to offered free dance and music classes for its members’ families. There, she began taking ballet with Coco Ramírez (sister of Tina Ramírez, founder of Ballet Hispánico), a teacher she found “motivating and vivacious.” Later, Gutierrez studied flamenco and Spanish dance at Ballet Hispánico, joining the Junior Company (1978–88) and serving as rehearsal director for the Junior Company (1988–91), and also as an instructor at the Ballet Hispánico school (1985–91, 2014–present). While training intensely with Eddie Torres, in 1996 Gutierrez began teaching Salsa On2 Eddie Torres Technique. She was also a dancer and instructor with Flamenco Latino (1999–2014), a professional flamenco performance and educational organization.

Anthony Rodríguez, director of Performing Arts for Kips Bay Boys and Girls Club and former commercial dancer and choreographer, is one of Gutierrez’s former Ballet Hispánico students: “If it wasn’t for her training and belief in me as a young artist, or her support towards my own visions and dreams, I would have never had the opportunity to dance a solo in Madonna’s Drowned World tour,” a highlight in his performing career. He credits Gutierrez’s training as “what sealed the deal” and made him stand out from the 3,000 other dancers who auditioned.

Gutierrez’s work extends beyond traditional studio teaching and event performances by tailoring dance experiences to the needs of the community’s marginalized groups. At the Henry Street Settlement Abrons Arts Center, a social services agency in New York City’s Lower East Side, she instructs all ages and experience levels in resident enrichment classes. From 1990–2008, Gutierrez’s Henry Street Settlement students joined forces with the agency’s counseling program under Lillian Anglada’s leadership to “share hope in programs of love in the time of AIDS” using music and dance as a form of healing, bringing real improvement to the quality of the life for everyone involved.

“Yvonne is a beloved teacher. She’s part of the history and fabric of [Abrons Arts Center],” says David Garza, president and CEO of the institution. “She embodies how the arts and dance can be embedded in a shared experience of instruction and listens and calibrates her work to community needs.”

Across the street from Henry Street Settlement is St. Mary’s Roman Catholic Church, where Gutierrez dove into a unique and often-overlooked way to connect with a community—liturgical dance. From 1990–2005 her volunteer work as a visionary liturgical choreographer allowed young women ages 10 to 23 to integrate dance/prayer for Masses celebrated in English. The choreography utilized elements of ballet, flamenco, castanets and shawls. This empowered the young women to enroll in dance classes at Abrons Arts Center which resembled their Latinx community, such as Mexican folk and salsa dance. Elena Robledo, a registered nurse and a former student, notes how liturgical dance is one of the least known forms of prayer, with few people who have the skill or knowledge to do it correctly. Robledo sees liturgical dance as an opportunity for building leadership and confidence in the women who dance it.

Most recently, Gutierrez was in residency with the Pathways to Graduation–Tenzer in Manhattan, where she taught salsa dance to immigrants struggling with the obstacles of gaining residency and preparing for their GED exams. The goal of her Pathways residency, Gutierrez explains, was to “engage the students in their studies through art,” encouraging them by “bringing something familiar and relatable to support their studies.” The residency extracted a remarkable increase in engagement from the students in their academic studies, and even after the program concluded at the end of this academic year, students have continued to meet throughout the summer, perpetuating the community and connections built through dance.

In September 2020, Gutierrez became one of the core founding members of the Black Flamenco Network, which she describes as “a global network of African-descended flamenco artists that share their unique perspectives as they practice, perform and create work to make flamenco a more inclusive artform.”