Making the decision to compete as a studio is one most owners don’t come to lightly. But the task of finding competitions that align with your studio’s culture and goals is a different animal altogether.

For Joanne Chapman, whose students from her eponymous studio in Brampton, Ontario, have been competing for 47 years, it’s an ever-evolving dilemma to decide which competitions to attend, despite the considerable expertise she’s accrued and the powerhouse reputation her teams carry. “Competitions have changed a lot over the years,” she says.

At Island School of Performing Arts in Gulfport, Mississippi, competition is a more casual affair, but the decision of where to compete is just as tricky for co-owner Casey Hild. Because her studio usually only participates in two competitions a year, the pressure is on for those experiences to be meaningful ones for her students.

Use these seven questions when deciding which comps to attend, plus four red flags to look out for and tips for finding a comp that matches your studio’s culture.

Seven Questions to Ask Before You Choose

What genres can we compete in?

Competitions usually require studios to enter each dance within a specific category, like hip hop, musical theater, jazz, contemporary, ballet, or open (a catch-all category for dances that combine styles or do not belong in other categories). The list of offered genres isn’t consistent across all competitions, though—one competition might offer an improvisation category (The Dance Awards, for example), while another might include clogging or lyrical jazz (as Showstopper does). Make sure a competition’s categories line up with your studio’s specialties before committing.

Where does the comp take place?

Chapman, whose team often travels to competitions in the U.S., must consider whether her studio families will need a hotel or if her Canadian and European students might have a difficult time crossing the border. “I have a multicultural studio, so I have to pay attention to all of those points,” she says. Hild, meanwhile, only attends competitions she and her students can drive to, within a maximum two-hour radius.

“Competitions should hire well-educated judges,” says Chapman. “We’re willing to invest money into a competition with a good judging panel, but some smaller competitions will hire kids who are in college as judges.”

Inexperienced judges can be a hard sell for her parents, who have often paid thousands of dollars for their kids to participate in and travel to a comp. Look for versatile judging panels who have expertise in your studio’s specialty. If you’re competing a senior-level tap dance, for example, you’ll want at least one judge to be well-versed in tap.

Look for competitions that are clearly well-organized, and whose directors have backgrounds as studio owners or teachers. “They need to be approachable and understand your situation and the industry,” Chapman says. “Directors need to be willing to work with you and give you a solution.”

If a competition’s website, social media, and communication efforts feel detailed and thoughtful—with information regarding suggested hotels, a clearly considered schedule, designated warm-up spots, and where to find the necessary forms you’ll need to fill out—odds are good that it will be well-managed.

Chapman seeks out competitions that reward students—not teachers or owners—with substantial scholarships or prize money. “If you’re paying $125 or $130 to compete a solo and the most you can win is $50 overall, that’s tough,” she says.

Are there special awards?

Both Chapman and Hild say they’ll return again and again to competitions that offer special awards. “I love the comps who will recognize the child who will never be first overall but who is the hardest working,” says Chapman. “We look for comps that offer awards for best choreography or most entertaining—something that shows they remember a dance over three days,” says Hild. “Or the studio-of-the-weekend award—my kids know that’s our goal, to be recognized as the nice studio.”

Is the comp open to feedback?

No competition can promise a perfect, problem-free weekend, but those who are willing to receive (and implement) feedback on what could’ve gone better are keepers, in both Chapman’s and Hild’s books. “You can learn how to do better if you aren’t willing to communicate,” says Hild.

Watch Out for These Red Flags

Not running on time

“Three hours behind is not cool—when kids are tired, that’s when injuries happen,” says Hild. “Not notifying teachers that you’re running an hour ahead, especially when most competitions have an app, is also not cool.” Chapman relies on word of mouth to help her weed out comps with a punctuality problem. “We all talk, as studio owners, and we know which ones run on time,” she says.

Chapman balks if a competition won’t disclose which other studios are competing (so that she can determine if her studio will face the same studios as at past competitions or new ones). “We pay a lot of money to comps, so I think we’re entitled to that knowledge,” she says.

Be wary of a competition that inflates its scoring. “It used to be that if you got a 70, you got a good mark,” says Chapman. “Now if it’s not a 99, then you think, ‘Oh, darn.’ Yes, expectations and kids have changed, and comps should adapt, but you should give them a dose of reality, too.”

“Over-the-top, sexy dancing is not our thing,” says Hild. Though she recognizes that realizing which competitions promote age-appropriate choreography is a process of trial and error, she believes that if a competition rewards inappropriate dances, that’s a sign that it’s not for her.

How to Find a Competition Match for Your Studio

Good for: Students who train less than eight hours a week

In Canada, small-studio competitions are limited to schools that have been in operation for less than 10 years and have fewer than 200 students. Comps like these allow dancers new to competing to get their feet wet and not be overwhelmed by larger, more practiced studios—what Chapman calls the “heavy hitters.” “When your kids are on a level playing field, they feel good about themselves but still learn a lot,” she says.

Competitions to try: Hall of Fame Dance Challenge’s rookie league (for those who dance less than three hours per week), Kids Artistic Revue’s novice level (for those who take two hours of class a week or less)

Good for: Students who train intensively and have the funds to attend

“Nationals are expensive,” says Chapman, who cites a 2019 national competition that cost, on average, $7,000 per kid to attend. “If you think it’s going to be a positive, growing experience for your kids, then the financial investment makes sense.” Hild doesn’t bring her studio to nationals but invites students with solos to attend on their own (and Hild will register those students through her studio and rehearse them).

Good for: Dancers looking for a less intensive experience

Though many competitions include a full weekend’s worth of classes, too—known as a convention—Hild prefers events that are competition-only. “If there’s a convention in the same weekend, it’s too much for the kids, even the seniors—they’re exhausted,” she says. “For them to compete at midnight and have to wake up early the next morning for class is too much. Kids get burned out that way.” 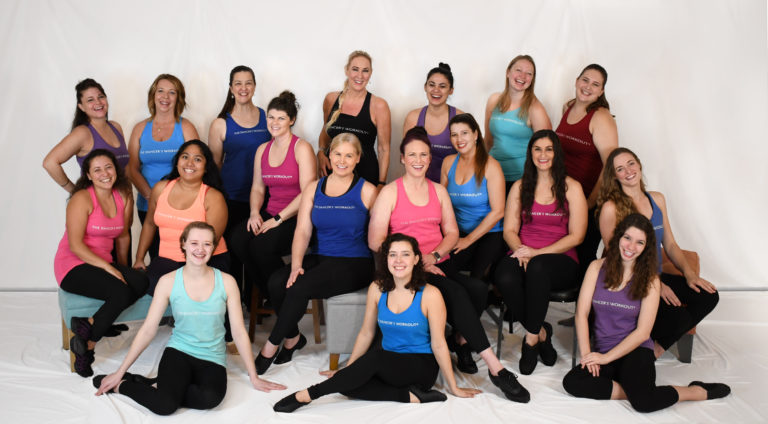