Who doesn’t love a good digital dust-up? High-profile Twitter beefs, Facebook feuds and Instagram grudge matches have evolved into a form of entertainment in their own right. But what about when it’s your studio mixing it up with the competition online?

With many dance businesses facing what can seem like existential threats in this pandemic economy, studio owners can feel defensive and afraid, and emotions can run high. Sure, pointed exchanges can feel good—and even get you views, shares and comments. But it’s not smart business, experts advise, and it can damage your studio’s reputation.

“If it’s not something you’d want written in the sky,” warns Maria Montanez, a dancewear-manufacturing veteran who runs the dance-business consultancy Other Space Innovation with Susie Riefenhauser, “don’t post it online. Is what you’re posting how you want your business to be perceived?”

Character Is a Business Issue

Andy Beal, head of Reputation Refinery, a consultancy on building businesses’ online reputations, has even included a chapter called “Don’t Talk Trash” in his book Repped. “Your reputation is only as strong as your character,” he says. “Eventually negative comments come back to you and your reputation will be tarnished. That can cause more harm than you think it will.”

And remember, anonymity is largely an illusion on the internet, says Beal, who has in the past been hired by a business owner to sleuth out the identity of a critical online commenter. That means that any dirty tricks you try, like pretending to be a competitor’s disgruntled customer and leaving negative feedback, have a strong chance of being found out, if not by your competitor, then by the review platform (e.g., Yelp) itself, he says. Apart from being found out, it’s a matter of priorities. Where can you most effectively focus your energies as an entrepreneur?

Taking the High Road With Competitors

So when competition arises, how do you handle it appropriately without becoming a troll or a bully online? The experts suggest these four strategies:

Look at a new situation carefully and ask yourself: Is there really a competitive threat to my business? Or is it just my ego that’s been hurt by a competitor’s actions? “Identify where your emotion is coming from,” advises Riefenhauser of Other Space Innovation. “Take whatever steps you need to get into a factual space,” adds Montanez. “If you’re having trouble being objective, talk to a friend.”

Glenn R. Fox, PhD, a lecturer of entrepreneurship with the Lloyd Greif Center for Entrepreneurial Studies at the USC Marshall School of Business, has a simple suggestion: “Breathe!” he says. “First you need to let the adrenaline subside so you can concentrate on figuring out whether it is a true threat, and, if so, how to strategize your response effectively.”

And don’t make the mistake of blowing off steam on a “private” platform: That’s an oxymoron when it comes to social media. As Beal warns in Repped, “It doesn’t matter if you trash-talk in a private forum or behind a protected Twitter stream, this stuff tends to leak out. It makes you look petty, desperate or just plain ugly.”

Identify your strengths. And tout them.

It may be a cliché that competition makes us better, but it’s an accurate one. It’s fine to “look at where your competition is weak,” advises Beal, “but then promote your positives as the response,” rather than attacking their negatives.

For example, he suggests that if you see online complaints about a competitor’s limited hours, consider starting a social-media campaign highlighting your own more extensive hours. If a new studio opens across the street, double down on marketing your stellar roster of teachers and exciting class offerings to your local dance community.

Focus on what you can control.

In the current small business climate, every small dance business is trying to be as creative as possible to make up for lost revenues during COVID closures. As businesses innovate and adopt new business models, some may encroach on what you’ve always seen as “your” territory. But there are always going to be innovators who disrupt customary ways of doing business; that’s just a reality of business, notes Fox.

Fox advises, too, that business owners set aside time on a regular basis to anticipate competitive challenges before they occur and strategize possible responses. “Opening your mind and thinking ahead will help your business adapt proactively, so that when—not if—competitive challenges arrive, you will have already visualized ways you can react,” he says.

What you can control is the value you offer to your customers. “Creating value and constantly focusing on innovation is the best antidote to any competition that can arise and is totally under your control,” says Fox.

Whatever you’ve chosen as your key social media platforms, keep up with them by not just posting but monitoring regularly. Be sure to publicly thank supporters when they make positive comments about your studio. Share or repost their good feedback in your own feed if it appeared on another platform.

It’s a good idea to establish a formal social-media policy, even if it’s just for yourself. “Put some safeguards in place for all social-media communications, emails and online language,” suggests Fox. “Ensure that there’s a 24-hour delay before anything goes public: It may be inefficient, but having a quick second glance at front-facing communications can save you headaches.”

The one exception to that rule is when clients make negative comments. Those you want to answer promptly. “Respond to an unhappy customer with ‘Please give us a call so we can clear this up,'” says Beal, adding that it’s an effective response even if it turns out to be a troll. “If it’s a legitimate comment, it lets everyone know that’s not how you do business. You want to engage with both the positive and the negative.”

And if you do think it’s a fake complaint or otherwise against the standards of a site, be sure to flag it to the platform’s administrators, Beal says.

Most of all, stay calm. “There is never an advantage to be had by lashing out in anger,” says Fox. “In these times, when our communication is so highly transparent, a single wrongheaded comment could tank an entire business.”

Bounce Back From Studio-Owner Burnout With Studio Evolution
National Dance Showcase Invites You to Its New Headquarters
So You Want to Start a Baby and Toddler Program at Your Studio
That’s Entertainment Is the Competition That Really Gets It
The Power of “No”: Brooklyn Studio Owner Cynthia King Carves Her Own Path 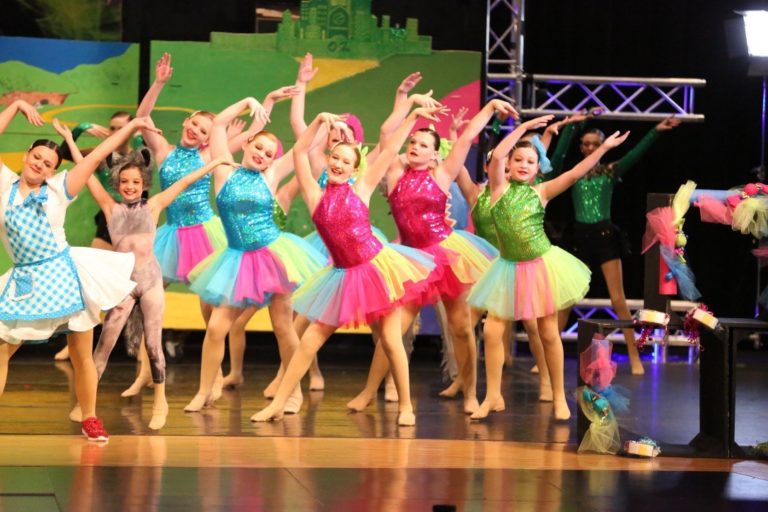